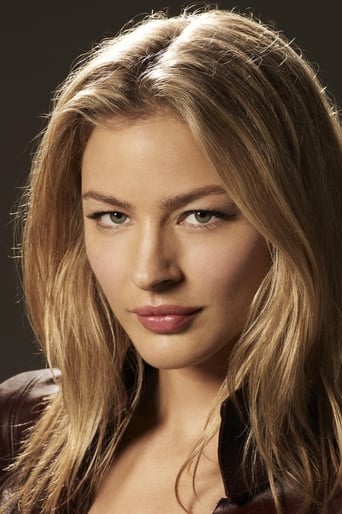 (from Wikipedia, the free encyclopedia)  Tabrett Bethell (born May 1981) is an Australian film, television and theater actress, best known for portraying the character Cara in the television series Legend of the Seeker. Prior to her acting career, she worked as a fashion model from the age of 16, and as a cheerleader for the National Rugby League (NRL) Cronulla-Sutherland Sharks. Acting career After Bethell's early years as a model and cheerleader, she decided to actively pursue acting and trained at Screenwise completing the 12 Month Intensive program in December 2007. During this training she continued to model; most notably a Neill Grigg race day fascinator resembling the Harbour Bridge for a February 2007 cover of The Daily Telegraph. Early acting work included starring as Amy in Campbell Graham's film Anyone You Want, and the role of Chris in Strangers Lovers Killers. From 2009 to 2010, Bethell filmed Legend of the Seeker, a television show based on Terry Goodkind's Sword of Truth series. She portrays a Mord-Sith named Cara Mason who appeared at the end of the first season before becoming a regular in season 2. Bethell garnered a large fan following because of her portrayal of Cara Mason in "Legend of the Seeker."After Legend of the Seeker, Bethell played Beth in James Rabbitts's 2010 Australian thriller The Clinic which was shot in Deniliquin, NSW, Australia. In August 2010 Bethell won Best Actress at the Manhattan Film Festival for her role in Anyone You Want. In March 2011 Bethell was cast in a Warner Bros TV pilot "Poe" as the character of Sarah Elmira Royster, Edgar Allan Poe's muse and former lover. In May 2011, it was announced that ABC would not pick up the series. Personal information Bethell is named after a street in Sydney, Tabrett Street, something that resulted when her parents disagreed on what to name her while still at the hospital (her mother wanted "Siobhan," and her father wanted "Murray"). Her father went for a drive, saw the name of the street, and returned to the hospital to suggest it to her mother, who said, "Yes, that's it!". Her favorite music artist is Young Eman, mentioning that she is in love with his ambition. Tabrett is very close friends with her Legend of the Seeker cast-mate, Bridget Regan and Actor/Producer Debbie Tsamoudakis.