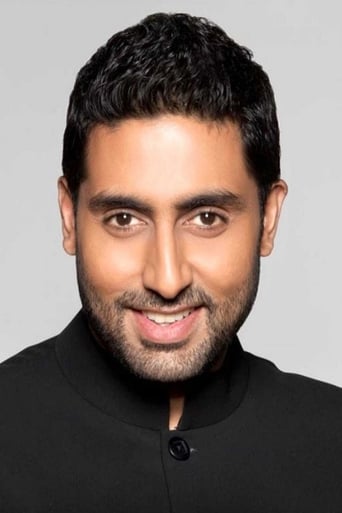 Abhishek Bachchan (born 5 February 1976 in Mumbai, Maharashtra) is an Indian actor and producer. He is the son of Indian actors Amitabh Bachchan and Jaya Bachchan and is married to actress and former Miss World Aishwarya Rai. Bachchan debuted with J.P. Dutta's Refugee (2000), but it was not until 2004 that he achieved success when he appeared in the commercially successful Dhoom and the critically acclaimed Yuva. His work in Yuva received several awards, including his first Filmfare Award in the Best Supporting Actor category, an award he would win for the two next years as well. In 2010, he won his first National Film Award (as a producer) for Paa which won the award for Best Feature Film in Hindi. He has starred in films such as Bunty aur Babli, Guru, and Dostana and has thereafter established himself as one of the leading actors of Bollywood. Description above from the Wikipedia article Abhishek Bachchan, licensed under CC-BY-SA, full list of contributors on Wikipedia.